Arthur Williams Middle School Library Media Center
As I sat wallowing in self-pity, speechless, angry at this cruel world, I had a revelation -- Victoria Aveyard enjoys being an evil mastermind. She enjoys making me laugh, fall in love with countless characters at the same time and then drown into an endless puddle of my own tears. And she does it with such glorious creativity that, even though my heart is breaking into shards of glass, I cannot help but applaud her every time her writing mojo blows away my mind. She's done it twice already. First, with Red Queen. And now, with a sequel worthy of its predecessor -- Glass Sword.

Glass Sword is unputdownable. If it weren't for kids activities, work, and drooping eyes, I would've read it back to back, because from the beginning you're caught in a whirlwind of action, intrigue and betrayal and you cannot shut the damned book. The fast pace sets the tone, but some profound, haunting psychological echoes reframe a darker atmosphere.
​
This sequel brings the story of Red Queen to a whole other level, exploiting the divide between Reds and Silvers in a realistic manner -- new allegiances are made, old enemies gamble their power, queens and kings fall to their knees and some of them kneel with bleeding hearts.

If you have not read Red Queen yet, go read it now. If you have, you must make your way to the library and scoop us this enticing sequel. Thank me later. ENJOY! 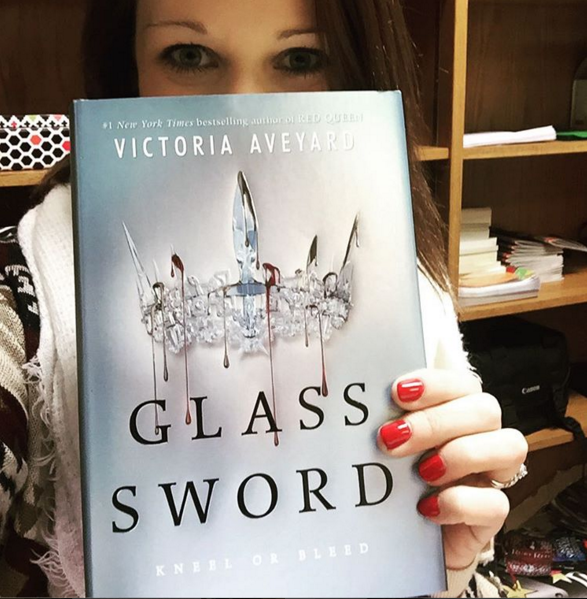